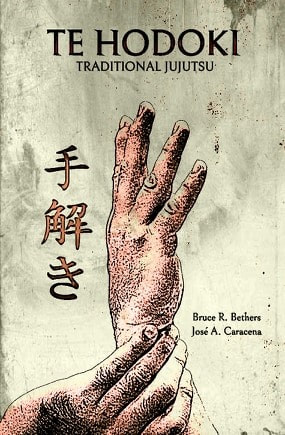 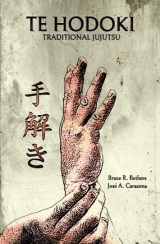 Within the evolution that the Japanese martial arts have had during the last centuries, survive techniques that were developed in feudal Japan for real combat, for war or for survival itself, an example is the Hodoki waza or escape techniques or release. The aim of the Hodoki waza was mainly to free itself from a grip that prevented the weapon from being grasped so that once released from the grip it could be used.

Escape techniques currently play an important role in any method of self-defense, since they are the bridge between the first reaction of the attacked and the subsequent technical defense sequence. We consider necessary in any school of budo / bujutsu or self-defense the serious and formal study of Hodoki waza and in particular of Te Hodoki (escapes of hands).

In this work we mainly develop the Te Hodoki used in the old Jujutsu schools and also in some forgotten kata of traditional Judo, making a tour of its history, about the basic concepts and principles of application, about anatomy and the functional capacity of the joints, etc.

In the technical chapter we developed more than 40 technical series for various grips (direct, inverted, two-handed grips, from behind, flaps, etc.).

Available in English or Spanish Languages..!!